For over eight years, HBO has trusted us as one of their creative agency’s to produce events, develop press kits and manage many projects. From working with fan-favorite shows like Game of Thrones to working with HBO Latin America Press Room’s website development, our company takes pride in all of the projects we have created. 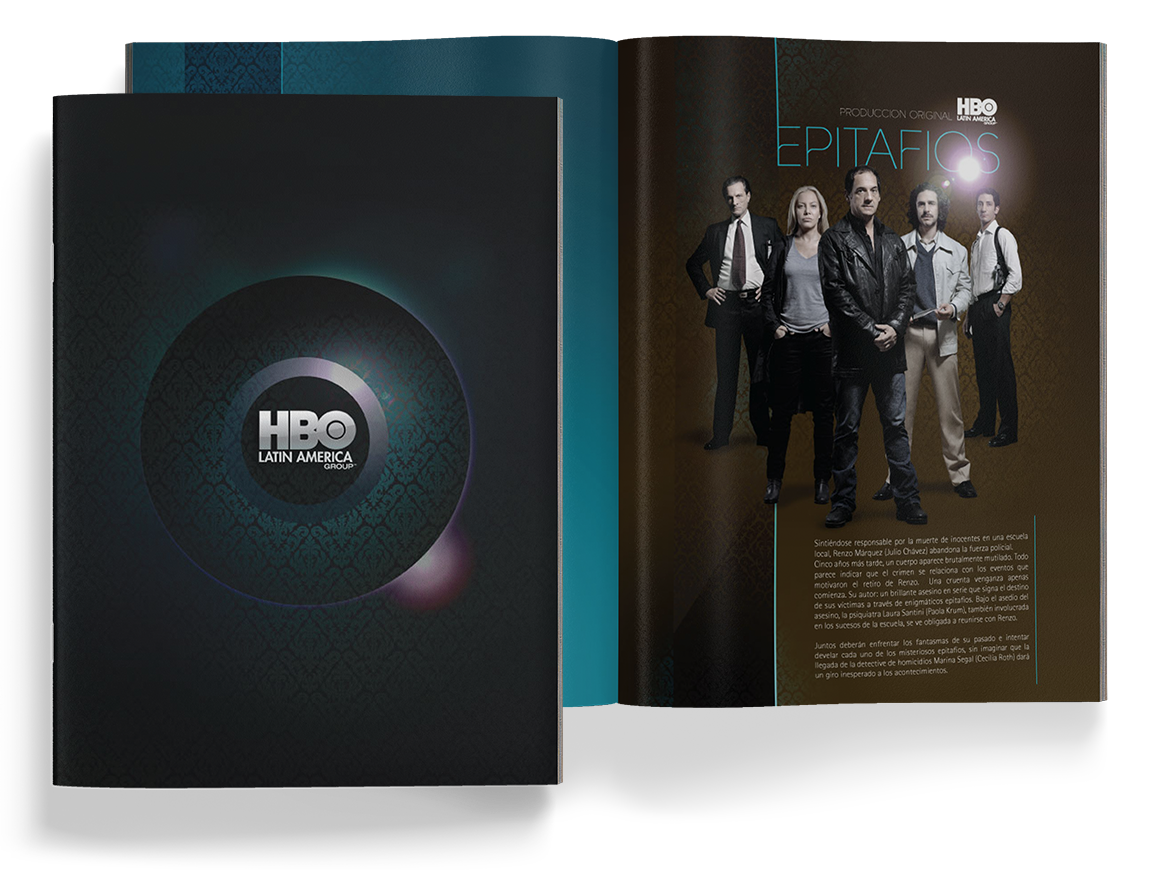 Our team of designers has worked with HBO’s marketing department on various projects that include creating brochures, flyers, advertisements, and newsletters for different occasions worldwide. When it comes to marketing, our team’s goal is to deliver the client’s message by making an impactful impression by bringing new experiences to HBO’s audience. From creating innovative personalized holiday cards, assembling attention-grabbing presentations, and even designing promotional e-vites for HBO original series launches, our team has the knowledge and multimedia skillfulness to fulfill the client’s vision. 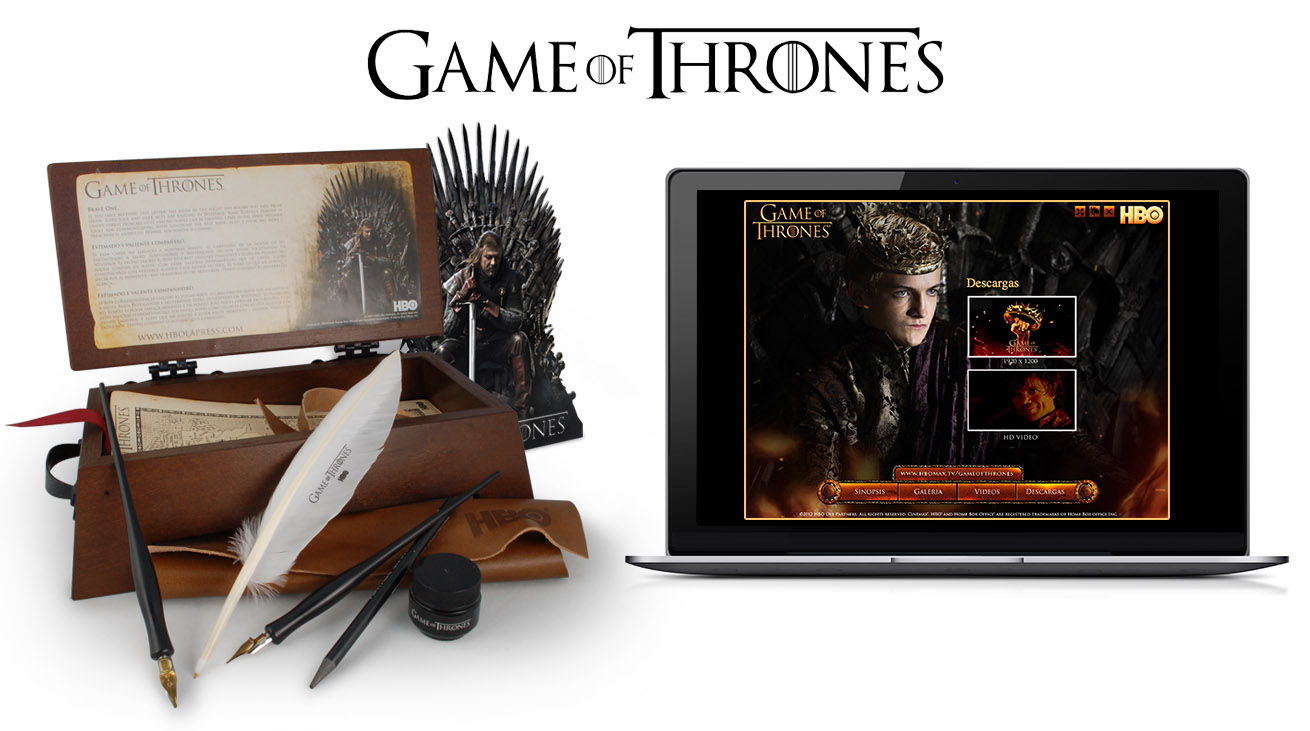 Our design and fabrication team played a big part in creating various different kinds of Game of Thrones press kits. Keeping the story in mind, our company wanted to capture the fantasy that Game of Thrones fans loves. With the assistance of our professional craftsmen and the artistry of our designers, we were able to produce individual personalized press kits that each told its own story. From dipping a feather pen into the black ink to opening a magical scroll, we made sure to portray the theme of  medieval realism and provide fans the essence of what it’s like to live in the fictional Seven Kingdoms of Westeros and the continent of Essos. 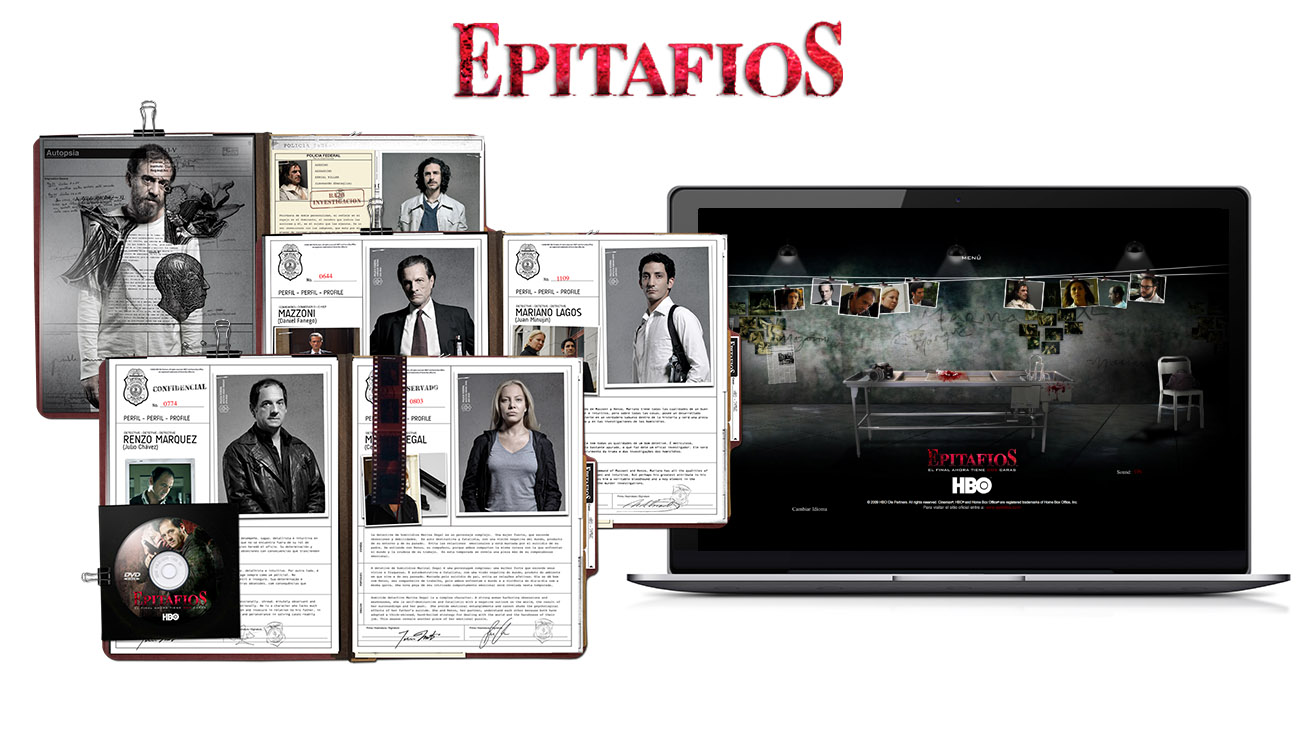 Our team created an interactive press kit for Argentinian crime fictional television series, Epitafios. With this press kit, fans are provided with a classic manila folder with all crime scene material included. The objective of this project was to connect with fans and provide them with a glimpse of what it’s like to be on the show. From flipping through pages of criminal records to viewing mugshots, fans get a chance to undergo the process of a real crime scene investigation. The complete press kit also includes an Epitafios Season 2 DVD as a bonus gift to promote the show even further. 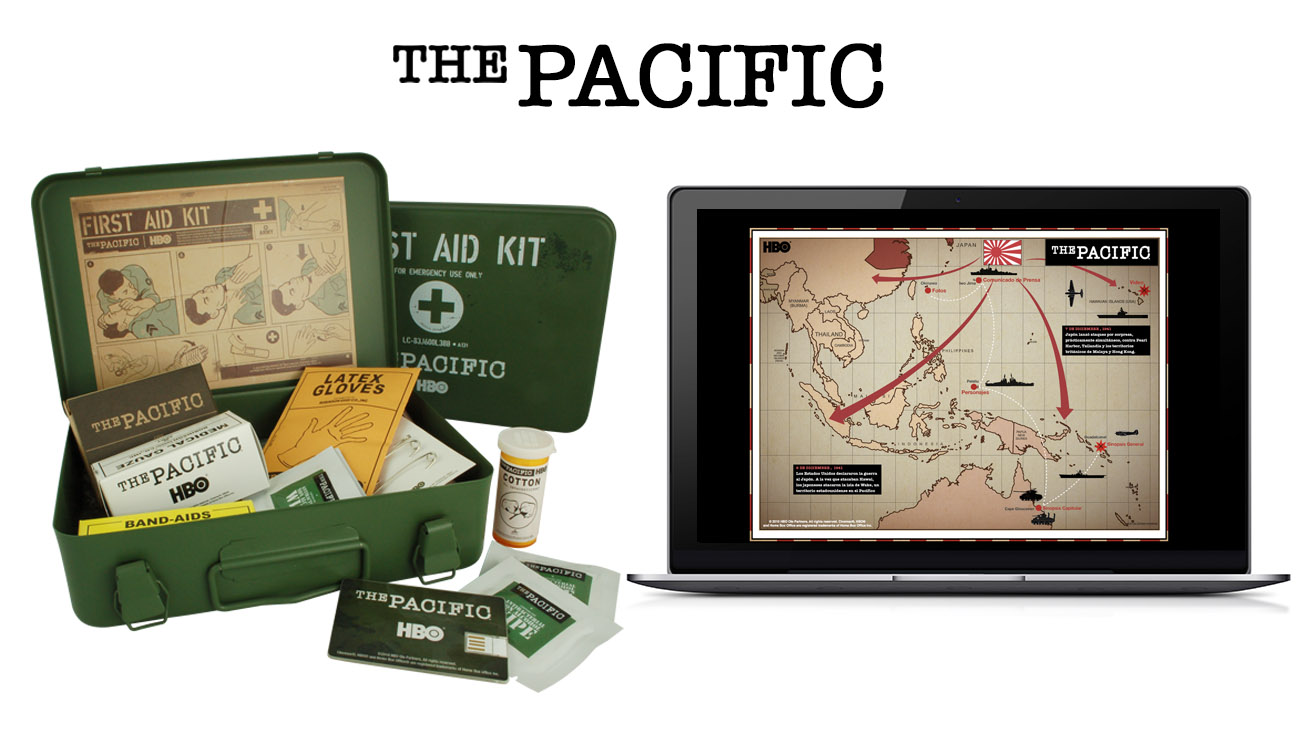 HBO’s 2010 mini-series, The Pacific, focuses on the U.S. Marine Corps and their journey within the Pacific War. Playing with the theme of the television mini-series, our team of designers created a press kit, exclusively for media members, that embodied the best representation of a real-life first aid kit used during battle. The press kit included band-aids, latex gloves, medical gauze, hand wipes, and other important essentials needed for injured soldiers. A bonus flash drive with all The Pacific episodes was additionally included for media members to view at their own leisure. 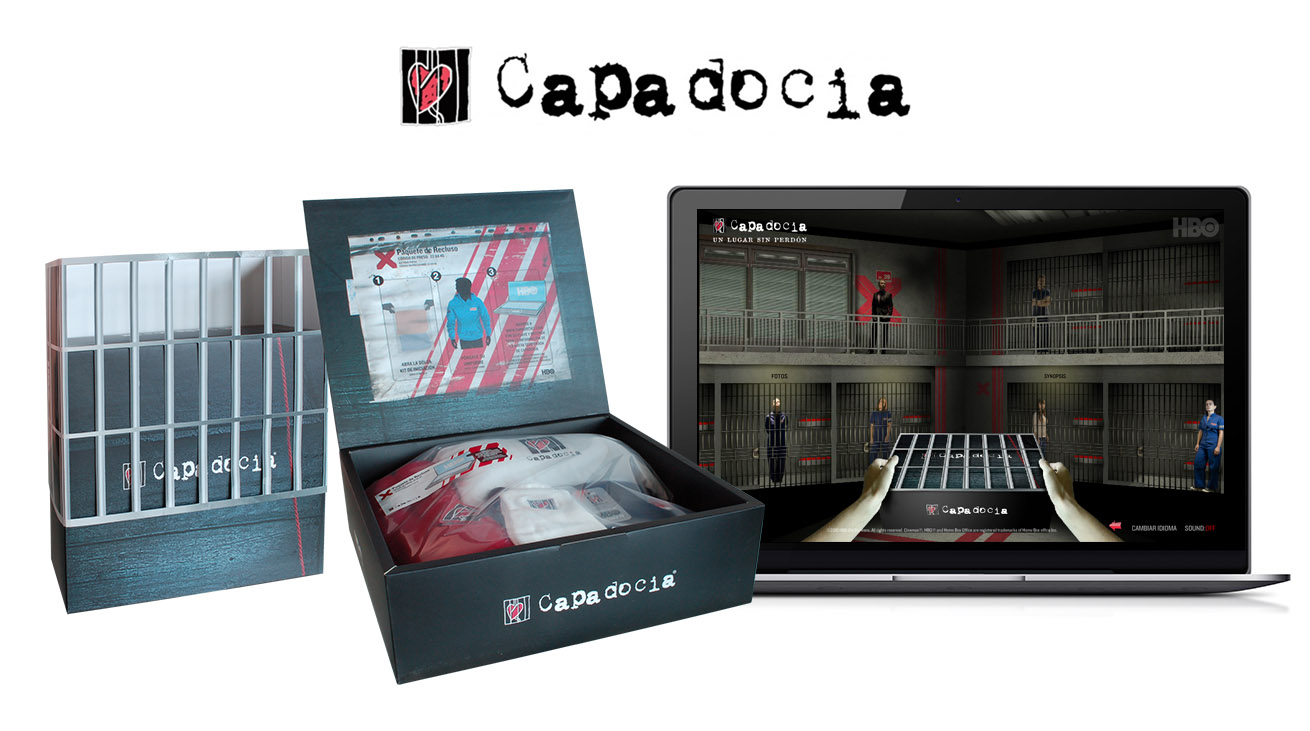 HBO’s Latin American television series, Capadocia, is not your average female prison tv show. It tells the story of several women imprisoned for alternative reasons in Mexico City with a mixture of violence and gang activity. In honor of the 2008 launch of Capadocia, our company decided to create a press kit that included specific inmate attire with Cappadocia’s logo imprinted on every item contained within the box. The press kit included a pair of socks, a shirt, a blanket and a sweater. The mission of this press kit was to replicate the essentials given to you when one enters a real-life prison. 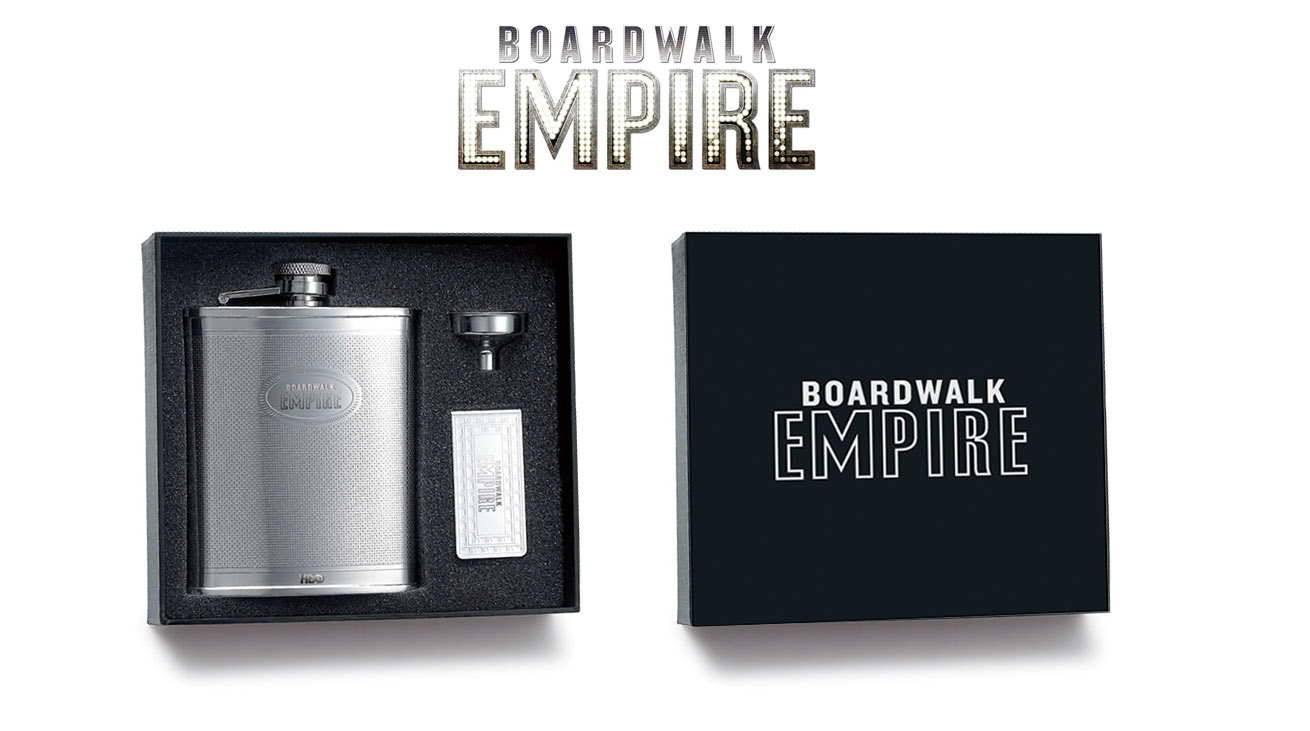 Set in Atlantic City, New Jersey, HBO’s  crime drama television series, Boardwalk Empire, captures the true essence of the 1920s and 1930s. From politics to mobsters, our team wanted to create a press kit that embodied the 1920s and the Prohibition period. With this idea mind, we designed a customized flask and a money clip wallet with the Boardwalk Empire logo engraved onto the surface of each item. 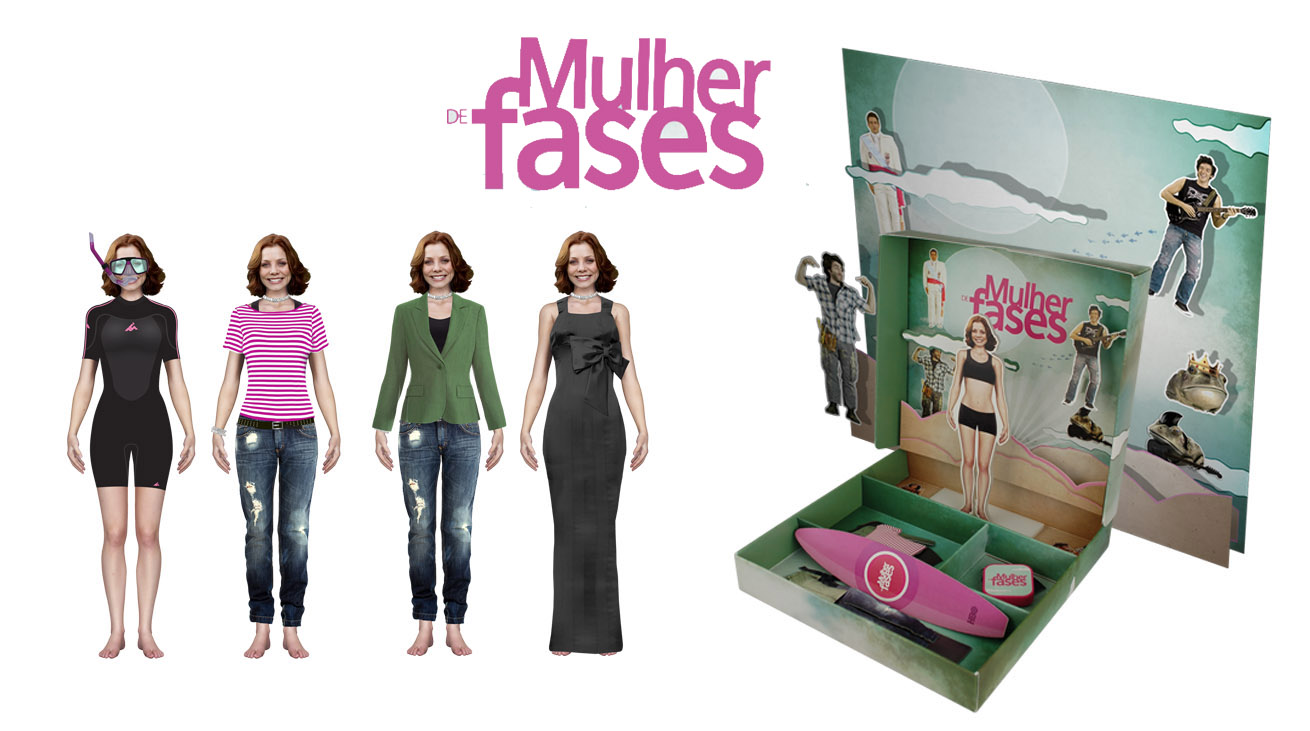 HBO’s Mulher de Fases, also known as Women of Phases, is a Brazilian comedy that showcases a woman who is on her journey of finding the ideal man. Being that Elisa Volpatto is the main character, our team created and designed a press kit that focuses on Elisa and her many wardrobe changes to impress each guy she meets. Media members have the option to dress her up and also have exclusive access to all episodes of the television show incorporated within a personalized flash drive included inside the press kit.

Our team of designers and developers created HBO’s Latin America Press Room website as a tool to showcase all of HBO’s Latin America content where reporters can easily gain access to tv shows, movies, photos, interviews, and other HBO related media. Not only did we design the website, but we were also responsible for handling all back-end data, software management, and programming. 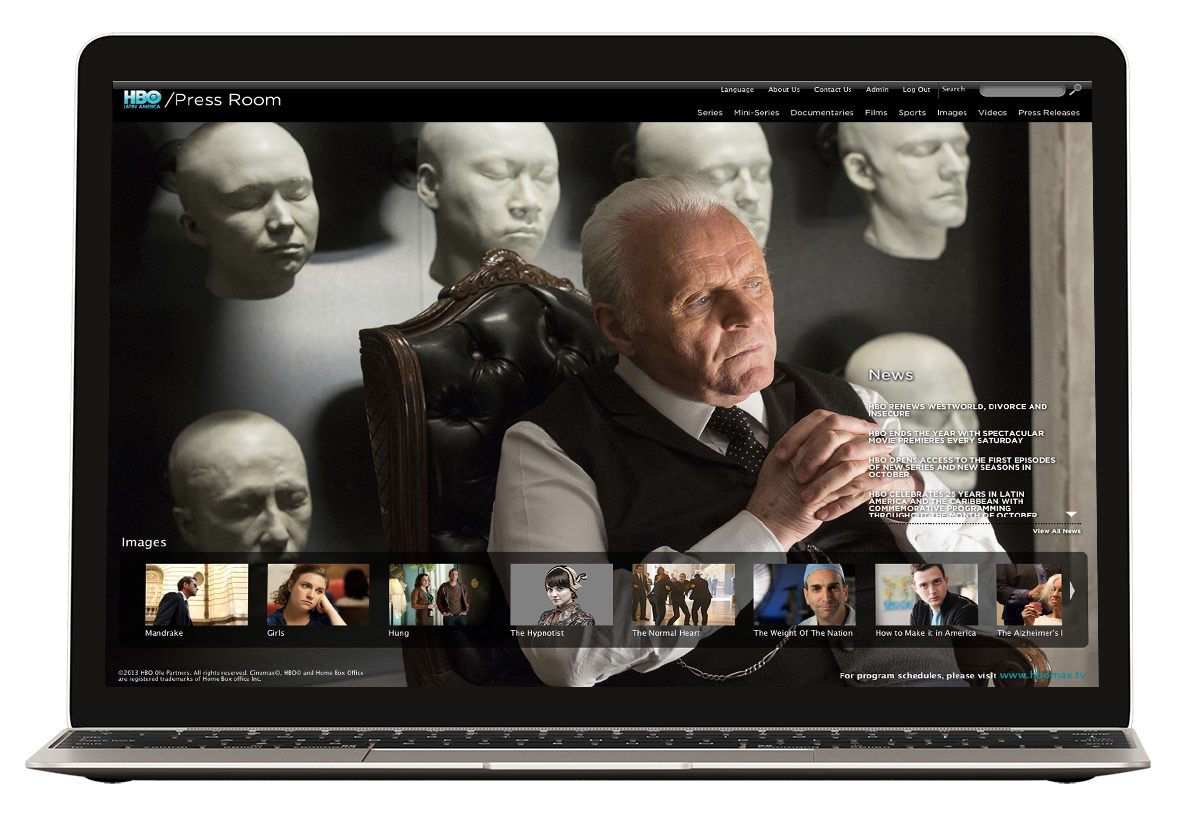 Our company was responsible for creating the graphic package and motion graphics behind HBO Plus’ “Next Boxing Generation” featuring Oscar De La Hoya.

Not only has our team created websites and press kits for HBO, but we have also designed E-vites, presentations, holiday cards, among other projects all for different purposes. With over 100 projects created solely for HBO, our team continues to push forward with dedication and quality for other future projects that are in store.